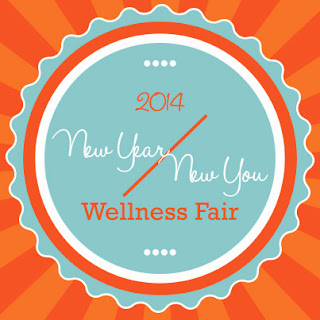 It's that time again. Time to get paper and a pen or pull out the iPad to jot down those resolutions for 2014. Each year many people make resolutions to change one or many things about themselves or their lives for a better coming year, but only 8% of people are successful in their resolutions!

I know for me, my most successful efforts for better health or weight loss, for stepping out of my comfort zone in some way and being brave, or for learning to better manage money have been because I knew that I would have no chance of succeeding without needing God first. Needing contentment first. Needing His guidance first.

Very soon, in 12 days to be exact, I invite you to attend New Year/New Year, a wellness fair at which you can find, first and foremost, many awesome groups within Crosspoint's Women's Ministry to help with your spiritual journey.

There will also be many vendors to help with physical, mental, and emotional health. Whatever that resolution may be, we pray you find help at New Year/New Year to be successful!

Join us from 9am to 12pm on January 11 and enjoy information from all the awesome vendors and a word from Melissa Hawthorne on what it takes to be healthy with a busy lifestyle! Bring any women in your life who may be looking to make changes in 2014, however big or small.

God wants us to have the best year yet! Whatever this year throws at us, I know New You/New Year will be the perfect start of 2014! Full of anticipation, and strong though Christ!
No comments: 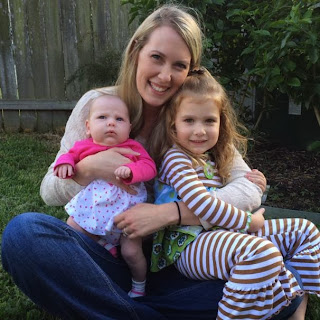 Those first few days at home with your new baby are supposed to be some of the most enjoyable and joyous times or your life, filled with lots of cuddles and lots of visitors who you just can’t wait to show your baby off to. Unfortunately for me, that wasn't the case. The first few weeks home with Amelia, my first child, were miserable.

We were released from the hospital on a Wednesday, and Amelia had already lost a considerable amount of weight during her first few days of life. We were asked to return to the pediatrician the following day to see if she was beginning to put weight back on, as some weight loss after birth is expected.

And so it began….Amelia had weight checks on Thursday, Friday, and Saturday with no improvements. The doctor assumed she wasn't getting enough breast milk, so we set out to find out how much she was getting. We weighed her, followed by a nursing session, and weighed again to measure the amount of milk she may have received. There was absolutely no change on the scale. I'd been starving my child for the first week of her life. That would explain the previous nights of Amelia "nursing" literally all night long, constantly with no satisfaction. It would explain why when I looked at my poor baby, her lips were stained with blood rather than wet from a recent feeding. I'll never forget the first time we gave her formula. She sucked that thing down so quickly....I think I may have cried. That was the first night I was able to get sleep since being home. It's amazing what a little food will do. My baby was finally fed and happy, but I felt like a failure.

The next several weeks were followed by pumping sessions every two hours. I'd then feed Amelia the tiny amount I pumped followed by formula. This was definitely a chore. It's not enjoyable being hooked to machine sucking at your breast every two hours. I pretty much felt like a dairy cow. By the time I’d pump for 30 minutes, wash the supplies and feed her, it was time to start all over again.  I was not able to bond with Amelia, and the joy that I was supposed to have with my newborn daughter was not there. Thanks to our wonderful lifegroup, we had people lined up to bring meals over for several days. But I was a basket case both because my pumping wasn’t working and I was exhausted from the constant chore required of me. We starting asking people to leave food at the door because I simply wasn’t in the mood for visiting.

It seemed around this time, the whole "breast is best" marketing kicked into high gear. Yes, I knew that, which is why I felt like a failure as a mom. I got dirty looks from people when they saw me giving my baby formula, and I'm pretty sure I was even asked "Why are you giving your baby formula?" from a complete stranger. No one told me nursing might not work out. All you hear from society is "don't give up," and "have you tried x, y, and z?" Yes, I did. At the suggestion of several, I even drank a beer, and I hate the taste of beer! Who knew something in beer is supposed to help milk production? I even wore a device that allowed baby to latch on and stimulate the breast, but formula was being delivered to her through a tiny tube.

After about a month of  pumping on such a strict schedule, I decided I couldn't do it anymore. My child would sit and cry while I pumped, and I couldn't do much to help her. I decided the quarter of an ounce I got each time wasn't worth it, especially since production wasn't picking up as it should. But let me tell you this, once I decided my child would be 100% formula fed and I didn't have the chore of pumping anymore, my life changed. I was actually able to enjoy my child.

When Anna (our second daughter) was born in September, I thought I'd give it another shot. Every pregnancy is different, right? So it might just work this time. I quickly realized it wasn't going much different, and after talking to a lactation consultant (who actually gave a name to my condition) I told myself I couldn't do that to myself again. I looked at this baby so tiny. I barely remembered Amelia being that small. Because I had a child already, I realized how precious this time was and how fast it would go by. I didn't enjoy this time with Amelia, but I was going to enjoy the newborn stage this time. I knew to treasure this time and nothing was going to rob me of my joy. Time is precious and you can't get it back.  This week I heard "Don't let the noise from society get in the way with your relationship with your child." I thought that was a great way of putting it. What was best for me and my children, may not be best by society's standards, but once I realized what was best for us, my life was filled with so much more joy.

What's standing in the way of your joy? It may not be anything related to what I've said, but are there any expectations society has set that you are trying to achieve? A certain job, a certain car, certain friends, a certain way you should act that you know isn't you.  Is the fact that you are not achieving these robbing you of your joy? Christ has so much more for you.