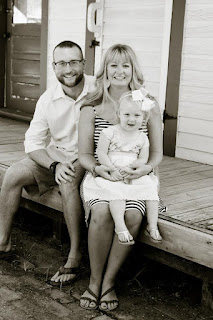 Howdy! My name is Crystal Bryant. I'm fairly new to the women's ministry at Crosspoint. You know me as the person who makes the CPW facebook posts, tweets, and updates the website. I loooove to talk so I'll tell you a bit about myself. I've been married to my high school sweetheart for almost eight years. We have a very rambunctious, almost three-year-old daughter named Brynn. My apologies to the toddler CPK volunteers! I'm a two-time graduate of the University of Houston (Go Coogs!). I've been teaching 3rd grade in Manvel for six years. I love the beach, scrapbooking, Mexican food, all things Vera Bradley, and watching football. I hate ants of any kind and I strongly dislike vegetables.

It's taken me nearly 3 months to finally sit down and write this post, because I just couldn't hear (or more likely wasn't listening) to God about what to share. You will have to bear with me because I have not written anything at length since my graduate school days, and I'm a little rusty.

Can you think back to a moment, or series of moments that you believe changed the course of your spiritual walk? I firmly believe that God stands in front of us all the time, flailing his arms and hoping we will notice the divine appointments he has meticulously scheduled for us. One such divine appointment for me was when I met my husband in high school. We were juniors when I first noticed him, and he was really cute, and a basketball star, and totally awesome. We became friends when we were seniors, and I was immediately drawn to him. He was a good kid, super popular, and had strong Christian convictions. What? Christian? He was the kind of Christian that went to Panama with Teen Mania and lived in the jungle with Kuna Indians to tell them about Jesus. I'd never met a Christian like that. Sunday morning is one thing, but half your summer in a jungle for Jesus? But he was genuine. He didn't care who knew, and people loved him anyway. I remember asking God way back then to let me marry someone like him. I was unchurched, far from the salvation I'd accepted at twelve, and on a sure path of destruction and heart ache when my divine appointment arrived, exactly on time. One thing that gives me hope about this experience (even more than our happy ending) is that a girl like me at seventeen could notice and desire a Godly man like Jason. The world can be so scary, especially when it comes to adolescents, but the light of Jesus shines and people desire that. I won't sell anything less to my daughter. Because my path crossed Jason's (conveniently before I went off on my Senior trip to Cancun and to college) I am the person I am today, without a police record (HA! But seriously), and more importantly with a spiritual craving for more Jesus. I like to think that Jesus high-fived someone in Heaven the day I finally "got it!”

Here are a couple other divine appointments worth mentioning: a fabulous Zumba instructor came to my school to teach a class. Subsequently she invited me to Crosspoint. After a while, Jason and I decided to join a life group to stay plugged in. Initially we were unsure about the small group thing, and we simply chose a group that was close in proximity. God plopped us down into a group of people that acted like we'd been friends for 10 years. We've become close and even look for excuses to hang out. I could literally write a book about the turning points in my life. But I digress.

God is slowly revealing to me the importance of being a divine appointment. It's wonderful to look back on how God has intervened on my behalf. Sometimes I get a little caught up in what God is doing or can do for me. But then conviction stirs. Isn't this walk about winning people for the kingdom? That would mean that my journey is less about me, and more about others.

Consequently, I just finished reading a novel called Interrupted by Jen Hatmaker. It's about Jen and her husband, Brandon, in their faith journey to uproot from their comfortable pastoral roles at a large church in Austin to plant a missional church on the other side of the tracks. Without a means or a plan, Brandon resigns, leaving his security (and salary) behind. But the coolest part of this whole story is that it all started with his wife, Jen. God ignited the fire in her, and because of her obedience, her husband was moved, and they now pastor a church in South Austin that serves the broken and the needy. They don't wait for people to come to them, they go to the people.

Our current series at Crosspoint, Genuine Christian Brand, is tackling some of the same issues. What is the point of Christianity? How should it look? Does it exist for Christians, or for those who do not know Christ? (That last one is a rhetorical question). I've always appreciated the times when I can recognize God bringing things full circle. It's not often that you get blinking lightbulbs pointing in the right direction. Personally, I feel that God is all but yelling at me to go a little farther. He got me on the plane, now it's time to take that parachute and JUMP into some uncharted territory! One way I have done that lately is to accept the leadership role of the “social media” person for CP Women. I wrestled with God a little on that decision, mostly because I feared it would interfere with my “time.” I bargained with God and told him I needed him to help me improve my time management. So far, so good.

I didn't realize it at first, but I think Crosspoint does a great job of encouraging it's members to serve. Serving others is such an incremental part of our spiritual journey. But I think we have to be careful and even purposeful about serving more than what walks in on Sunday. Don't misunderstand. It takes a small army of mostly volunteers to run the tight ship that is Crosspoint. But outside of that, I ask myself “Am I doing all I can do exude the love of Jesus to everyone I encounter?” The answer is usually “NO.”

I'm not exactly sure how far God is intending to take me right now. But I do know that I can try to glorify Him in all that I do on a daily basis, just incase I am a divine appointment in someone else's life. I don't know about you, but that takes some serious work at times. It means that not only do I have to make every effort to be friendly, compassionate, polite, and attentive to others, but I also have to do things like curb my road rage and NOT go a little ape on the apathetic Macy's salesperson who is NOT motivated to help me find the one and only missing shoe in the size that I need. Grace is the word!

I feel as though I could go on for another page or two, but I know I'm starting to lose some of you. So to “launch” (as we say in the classroom), I encourage you to think about the impact you are having on others, and how that relates to Christ. Do you attract or repel? There's more than one way to minister to others, and it doesn't always involve showing up on someone's door step with a bible in your hand. Maybe it's just showing up, loving people, taking an interest, building a relationship, and/or extending both grace and truth (as Pastor Tom has mentioned in this series).

Here are various scriptures that have really taken hold of me and prompted this post:

Deuteronomy 2:3 (oldie, but goodie): “You have made your way around this hill country long enough; now turn north (which I translated as, “hey dummy, you've been beating this dead horse long enough, move on!).

All of Isaiah 58, but this especially 58:9: “...If you do away with the yoke of oppression, with the pointing finger and malicious talk, 10 and if you spend yourselves on behalf of the hungry and satisfy the needs of the oppressed, then your light will rise in the darkness, and your night will become like the noonday.”

Romans 14:13: “Therefore let us stop passing judgment on one another. Instead, make up your mind not to put any stumbling block or obstacle in the way of a brother or sister.”

Romans 15:5-6: “May the God who gives endurance and encouragement give you the same attitude of mind toward each other that Christ Jesus had, so that with one mind and one voice you may glorify the God and Father of our Lord Jesus Christ.”